My holiday gift to you is support for your weight loss goals. Here are four steps to weight loss: Awareness, Rules, Structure, and Peacefulness.

A new report was released yesterday by the Centers for Disease Control and it ranks the State of Arizona as the 29th “fattest” because of the percentage of residents classified as overweight or obese.  You can see me discuss the findings on Channel 12 news.

END_OF_DOCUMENT_TOKEN_TO_BE_REPLACED 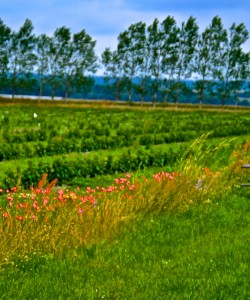 How do you want to spend the rest of your life?  Whether its traveling, spending time with your loved ones, living out your passions, or even climbing Mt. Everest, what you eat and how you eat can help you get there.  It also can help the planet, too!   END_OF_DOCUMENT_TOKEN_TO_BE_REPLACED

Between 10 percent and 20 percent of the U.S. population is affected by irritable bowel syndrome (IBS), yet the cause of the common digestive disorder is unknown. Lifestyle-related stressors, poor diet and overeating often exacerbate symptoms, but the opposite also is true: Adopting a whole foods-based, happy belly diet filled with foods that promote digestive comfort is a delicious prescription for digestive ease.

IBS is considered a “functional disorder,” because it refers to a set of symptoms rather than a specific disease. It often causes significant discomfort, though it is not considered a serious health threat. IBS is not related to inflammatory bowel diseases, such as Crohn’s disease or ulcerative colitis. Typical symptoms include abdominal bloating and soreness, gas and alternating diarrhea and constipation.

END_OF_DOCUMENT_TOKEN_TO_BE_REPLACED

I can't wait to talk with you! Thanks for your interest. I will be in touch today!